Margaret Selby is proud to announce that

Micaela Taylor and The TL Collective

will join her roster of internationally acclaimed dance companies for representation worldwide. 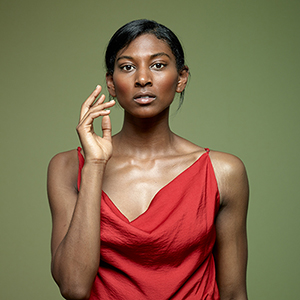 “From the minute I first saw Micaela’s choreography I was completely captivated by her unique style of movement, technically refined while organic and emotive” says Selby.  “Micaela is a bright star of the future and I am so happy to be working with her and her company.”

Micaela Taylor began as a commercial hip-hop dancer in Los Angeles and then started ballet training at age 12 in Vaganova technique.  She has curated a movement vocabulary of her own, coined “contemporary/pop”, which combines contemporary technique and elements of hip-hop.  Taylor was named one of Dance Magazine’s "25 to Watch".

Taylor’s recent commission for BODYTRAFFIC, Snap, has been awarded a New England Foundation for the Arts' National Dance Project grant, with lead funding from the Doris Duke Charitable Foundation and The Andrew W. Mellon Foundation.

Taylor is working on a new project to create Modelland, the first-of-it’s kind experiential attraction founded and directed by Tyra Banks that will emulate a fantasy version of the modeling world with the state of the art interactive entertainment where beauty, fashion, tech, theater, retail, and an eating extravaganza collide.  Taylor is the choreographer for all actors and dancers.

“Her name keeps coming up over and over… and then her work itself, it’s very intriguing. The movement language she works with has a very fresh quality. … It’s got a kind of quirky sense of individuality.” – Jennifer Stahl, Editor in Chief, Dance Magazine

Micaela Taylor is a professional dancer/teacher/choreographer from Los Angeles, CA, where she trained at Marat Daukayev School of Ballet and Los Angeles County High School of the Arts. She graduated from Cornish College of the Arts and earned a Bachelor of Fine Arts degree in dance, 2014. She has worked and performed with BODYTRAFFIC, Ate9 Dance Company, Zoe Scofield, Camille A. Brown, and Kate Wallich. Her choreographic passion led her to found Los Angeles based contemporary dance company, The TL Collective in 2016. Her individual movement style of Hip Hop combined with contemporary technique has led her to find a new way for people to move which is best described as Contemporary/Pop. Alongside the launch of The TL Collective, Taylor has been commissioned to choreograph and teach for LA Contemporary Dance Company, AMDA College, Springboard Danse Montreal, MoveNYC, Cal State Long Beach, and Heidi Duckler Dance Theatre.  Her work has been presented at Gelsey Kirkland Performing Arts Center, ACE Hotel, Raymond Kabaaz Theatre, Grand Performances, and Odyssey Theatre Ensemble. She is the recipient of the Inaugural EMERGE Choreographic Award and has choreographed for Gibney Dance Company.

The TL Collective was founded by Micaela Taylor in 2016, ignited by her passion to create engaging, diverse, work. After a successful launch in LA of premiered work- Molecular Fuel, Taylor continued to create new works that were performed throughout intimate spaces in LA. PopMadness (2017), SeeColour (2018), and ROSEWOOD (2018).  Due to rave reviews, in 2017 Taylor was commissioned to perform her work; PopMadness in Grand Performances which further exposed her work to the greater Los Angeles community. Since then, The TL has solidified their repertoire with commissions and presentations by Grand Park, Ford Amphitheatre, The Broad Stage, The ACE hotel, and Jacob's Pillow.  %u200BTaylor, also received the Springboard Danse Montreal EMERGE Choreographic Award in 2018. As a part of the prize Taylor created a new work for Gibney Dance NY, in their 2018/19 season, alongside Bobbi Jene Smith. She also has been commissioned by BODYTRAFFIC, and Cleo Park Robinson Dance Company to create for their upcoming seasons. The TL Collective is now on the rise as one of LA's emerging dance companies.

“A subtle spirituality emanates from her dances through an intuitive musicality that utilizes syncopation and counterpoint. Yet, even in fast, complex phrases of movement and gesture, Taylor and The TL Collective surprise in their ability to come together in virtuosic unison.” – Candice Thompson, Dance Magazine