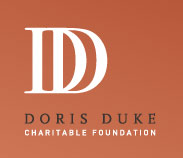 Michelle Dorrance is an internationally renowned tap dancer and choreographer, known for simultaneously revering the form’s roots while exploding it into new territory. In early 2011, she founded Dorrance Dance to help audiences view the old jazz form of tap dance in a modern, dynamically compelling context. Her choreography has been presented internationally at countless festivals, in venues ranging from Radio City Music Hall to Birdland, and in commercials for MTV and Toyota Taiwan. Since the late 1990s, Dorrance has performed with the world’s most notable tap companies and spent four years performing in the New York and North American tour casts of the off-Broadway sensation “STOMP.”

Dorrance began tap dancing at the age of four and performing at the age of eight under her mentor, youth tap trailblazer Gene Medler. She was formally trained at The Ballet School of Chapel Hill, founded by her mother and former professional ballet dancer M’Liss Gary Dorrance, and toured internationally and nationally with Medler’s groundbreaking North Carolina Youth Tap Ensemble (NCYTE) for a decade.