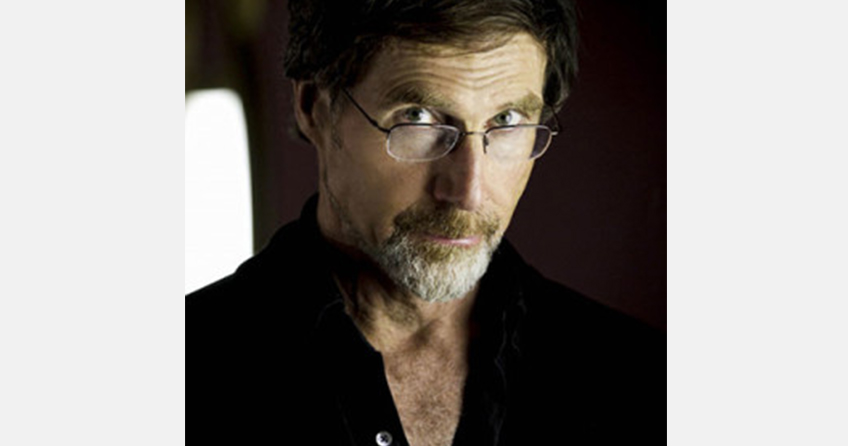 Moses Pendleton (Artistic Director) has been one of America’s most innovative and widely performed choreographers and directors for over 40 years. A founding members of the ground-breaking Pilobolus Dance Theater in 1971, he formed his own company, MOMIX, in 1980. Mr. Pendleton has also worked extensively in film, TV, and opera and as a choreographer for ballet companies and special events.

Mr. Pendleton was born and raised on a dairy farm in Northern Vermont. His earliest experiences as a showman came from exhibiting his family’s dairy cows at the Caledonian County Fair. He received his BA in English Literature from Dartmouth College in 1971 and immediately began touring with Pilobolus, which had grown out of dance classes with Alison Chase at Dartmouth. The group shot to fame in the1970’s, performing on Broadway under the sponsorship of Pierre Cardin, touring internationally, and appearing in PBS’s Dance in America and Great Performances series.

By the end of the decade, Mr. Pendleton had begun to work outside of Pilobolus, performing in and serving as principal choreographer for the Paris Opera’s Integrale Erik Satie in 1979 and choreographing the Closing Ceremonies of the Winter Olympics at Lake Placid in 1980. In 1981 he created MOMIX, which rapidly established an international reputation for highly inventive and often illusionistic choreography. The troupe has been touring steadily and is currently performing several programs internationally. The company has made numerous special programs for Italian and French television and received the Gold Medal of the Verona Festival in 1994.

Mr. Pendleton has also been active as a performer and choreographer for other companies. He has staged Picabia’s Dadaist ballet Relache for the Joffrey Ballet and Tutuguri, based on the writings of Artaud, for the Deutsch Opera. He created the role of the Fool for Yuri Lyubimov’s production of Mussorgsky’s Khovanschina at La Scala and choreographed Rameau’s Platee for the U.S. Spoleto Festival in 1987. He contributed choreography to Lina Wertmuller’s production of Carmen at the Munich State Opera in 1993. More recently, he has choreographed new works for the Arizona Ballet and the Aspen Santa Fe Ballet. He teamed up with Danny Ezralow and David Parsons to choreograph AEROS with the Romanian gymnastics team. His film and television work includes the feature film FX2 with Cynthia Quinn, Moses Pendleton Presents Moses Pendleton for ABC ARTS cable (winner of a Cine Golden Eagle award), and Pictures at an Exhibition with Charles Dutoit and the Montreal Symphony, which received an International Emmy for Best Performing Arts Special in 1991. Mr. Pendleton has made music videos with Prince, Julian Lennon, and Cathy Dennis, among others.

Mr. Pendleton is an avid photographer with works presented in Rome, Milan, Florence, and Aspen. Images of his sunflower plantings at his home in northwestern Connecticut have been featured in numerous books and articles on gardening. He is the subject of the book Salto di Gravita by Lisavetta Scarbi, published in Italy in 1999. Mr. Pendleton was a recipient of the Connecticut Commission on the Arts Governor’s Award in 1998. He received the Positano Choreographic Award in 1999 and was a Guggenheim Fellow in 1977. He is a recipient of a 2002 American Choreography Award for his contributions to choreography for film and television. In May 2010, Mr. Pendleton received an honorary doctorate of fine arts (HDFA) and delivered the keynote address to the University of the Arts in Philadelphia.