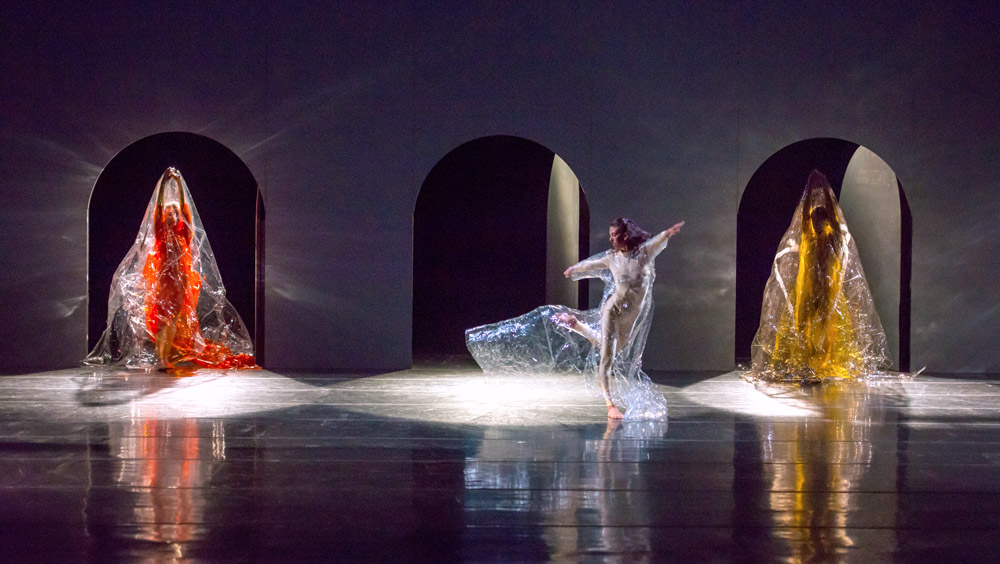 Imaginatively responding to the changing aural and poetic landscape of Mortan Feldman’s music and Samuel Beckett’s 16-line libretto, Shen Wei’s choreography transforms the inner struggle of an uneven journey from darkness into potential light. With his choreographic addition, Shen Wei adds yet another poetic and philosophical layer of possibility to an opera resonant with universal power and relevance. Commissioned by BAM’s 2016 Next Wave Festival, Shen Wei’s stage design, a series of mysteriously opening and closing doors suffused with Jennifer Tipton’s quietly gleaming light, create an indeterminate space in which time and place are suspended. At times, Shen Wei’s eight dancers move as communal, supportive forces, connected through their limbs so they almost appear as a single organism. At others, they are separate, desolate creatures, alone in their spheres of space and light.

The dancers implode, swirl into a gorgeous knot on the floor, and array themselves in tight lines that swell and shrink like an accordion. They move in unison, in canon and in a beautiful chasos.” —The Financial Times

Mr. Shen’s characteristically slingky movement, which makes luscious use of the floor as an extension of the body, caputres the mystery and sense of suspension in [Beckett’s] lines.” —The New York Times