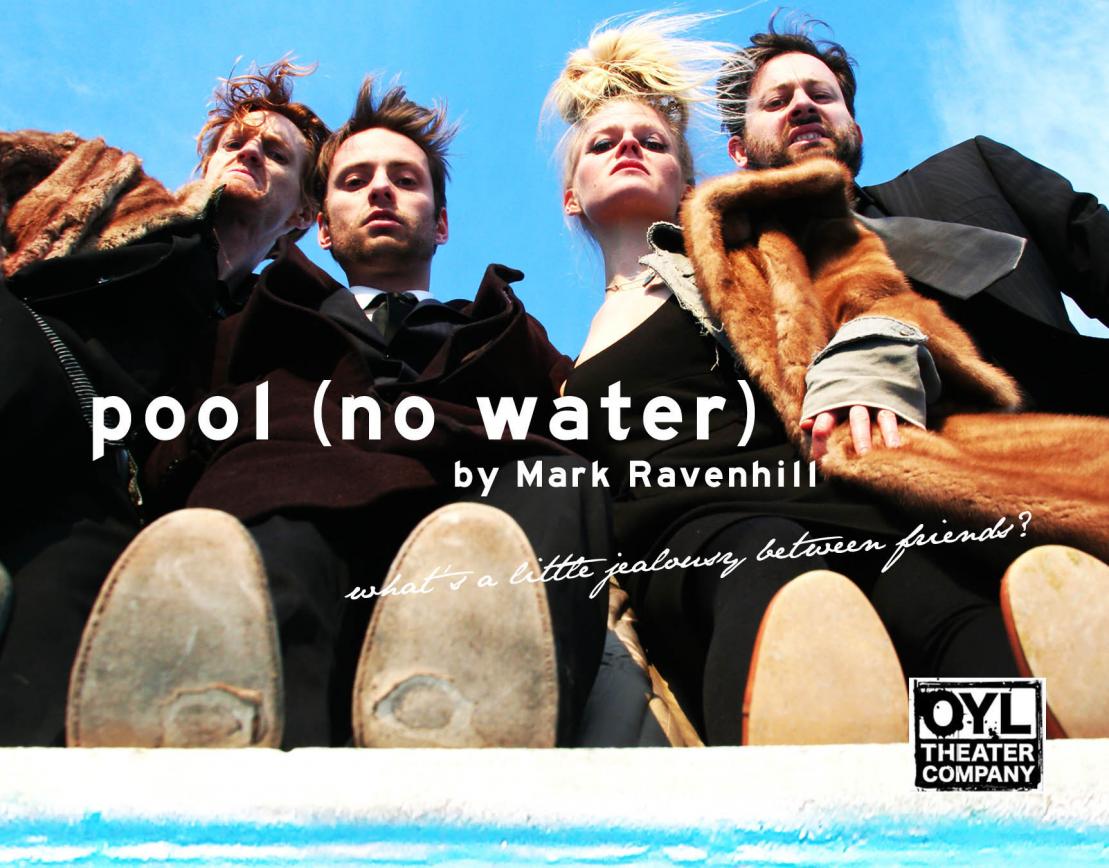 Written by one of Britain's most provocative playwrights, Mark Ravenhill, pool (no water) is a visceral and shocking play that takes an unflinching look at the vulnerability of friendship, the power of resentment, and a deep-seated yearning to create something truly memorable.

After years apart, a famous artist invites old friends to her luxurious new home for a long awaited reunion. The celebration comes to an abrupt end when she suffers a horrific accident. Born from the shock, an almost unthinkable plan starts to take shape from her compatriots: could her suffering be the group’s next work of art?

The USA premiere was in New York City by One Year Lease Theater Company (OYL) in 2012. The production returned to New York City's Barrow Street Theater in 2014 after a sold-out run at A.R.T's Oberon Stage in Boston.

Anytime A.R.T. or anyone else wants to bring Ravenhill or One Year Lease Theater Company back, I’m here.” —Ed Siegal, NPR Boston

Three cheers for the small but ambitious One Year Lease Theater Company for bringing this terrific 2006 play to local shores, in a vividly acted production. . ." —Charles Isherwood, The New York Times

This piece made me laugh, cringe, and think a great deal in a mere sixty minutes…an excellent group character study, go see pool (no water).” —Bess Rowen, The Huffington Post